Social media can be defined as "interactive platforms via which individuals and communities create and share user-generated content". When the technologies are in place, social media is ubiquitously accessible, and enabled by scalable communication techniques.

If you want to know more about Online Advertising and avail FREE Consultation: Write to : advertising@vetbrains.com now. 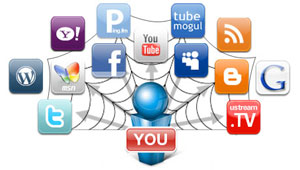